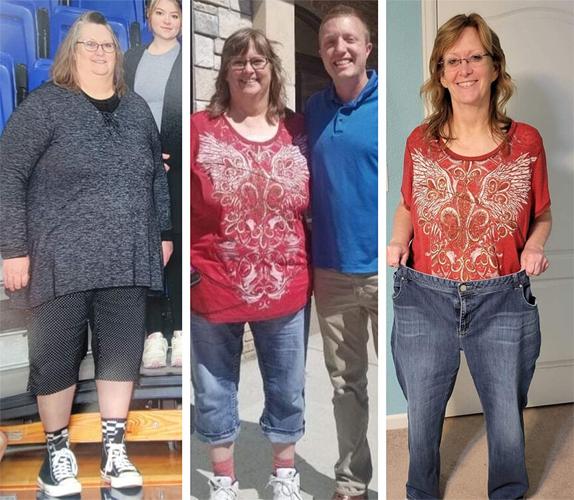 Becky Lyle is shown in these photos during her weight loss journey. At her highest weight, nearly 400 pounds (at left), during (center) and after she’s lost 175 pounds (at right). 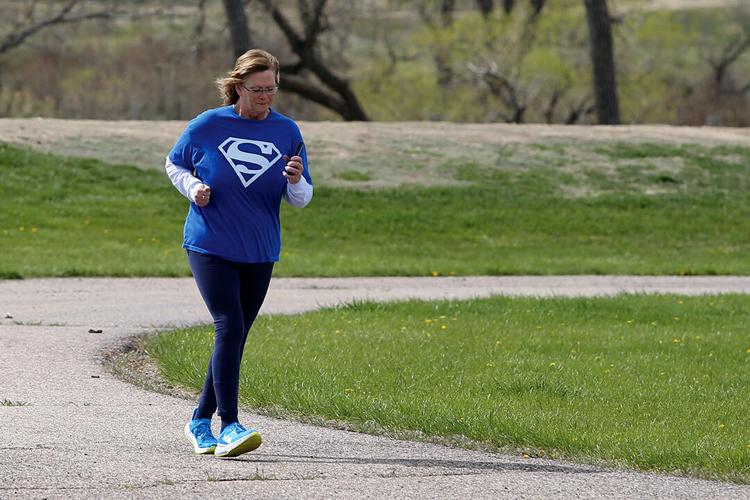 Becky Lyle runs on the Douglas Middle School track Sunday morning, May 15. Lyle has lost 175 pounds in a year and has about 10-15 more to lose, she said. She’s sharing her transformation journey in a workshop Friday night at Blend, from 6-9 p.m. Tickets are $25 to attend and include a keto grazing board.

Becky Lyle is shown in these photos during her weight loss journey. At her highest weight, nearly 400 pounds (at left), during (center) and after she’s lost 175 pounds (at right).

Becky Lyle runs on the Douglas Middle School track Sunday morning, May 15. Lyle has lost 175 pounds in a year and has about 10-15 more to lose, she said. She’s sharing her transformation journey in a workshop Friday night at Blend, from 6-9 p.m. Tickets are $25 to attend and include a keto grazing board.

Editor's note: We have corrected the ticket price to $25, the actual cost to attend the Life Embraced with Becky Lyle Total Transformation workshop Friday evening. We apologize for the error.

Becky Lyle, a Douglas kindergarten teacher, and high school speech and debate coach, couldn’t walk. One morning, she moved to get out of bed and her legs gave out from under her.

It was a turning point in her life. Recently divorced, it was the first time she was to make the mortgage payment on her own.

She spent close to a year recovering mentally and emotionally.

“I was in a really bad marriage. I got divorced in December of 2019. I realized I had to make some changes because the life that I was living was not healthy, not just physically and food-wise, but emotionally and mentally. I was drained. There were nights that I would tell my kids goodbye because my heart hurt so bad. I did not think I’d wake up in the morning.”

It was no way to live, Becky said.

“I literally just took a whole year off just to breathe.”

Looking through Becky’s photos of her at her highest weight compared to the person she is today is like seeing two different people. The two women look like they’re relatives, but the woman she is today barely resembles the woman she was just a little more than a year ago.

“I tried every diet, every possible exercise fad, so many different things. I would lose it and gain it back again, and again. Over the course of my lifetime I’ve probably gained and lost 500 pounds – and that’s not even counting this loss,” she said, her broad smile taking over her entire face and her eyes sparkling as she talks.

She feels great about herself – and she should. She earned it.

In less than a year, Becky has gone through a major health transformation and has shed an incredible 175 pounds. She now wears a size 14 jeans and a women’s large shirts.

She didn’t take diet pills. She did not have weight loss surgery.

What she has done, though, is hours upon hours of research. Then, she put the knowledge she’d learned into daily, even hourly, practice.

Her days start about 4:30 a.m. and don’t end until around 10 p.m. She said she wakes up ready to go every morning now. She’s almost never tired.

She eats healthy, she moves her body and she uses a combination of what she calls “the right tools.”

Her obesity did not define her, however, it did take a toll.

“But, there are people who judge you when you are overweight. They look at you and they go, ‘Ohhh, she must eat cheesecake every night or clearly she eats a dozen donuts for breakfast.’ They’re judging. They think stuff like that. ‘You know,’ they say, ‘if she just exercised, it would come off.’ Yeah, really, are you in my body? Do you know? Because no, you don’t know. Do you know the hell I’ve walked through? No, they do not.

“But, I figured it out. I’ve learned so much about the process and myself, and my body. You have to know what tools to use. You have to know and understand what metabolic type you are. It’s not just one thing, it’s a combination of things,” she stated.

Becky knew she wasn’t living her best life, or even a life full of the purpose she knew that God had put her on this earth for.

In fact, her life has changed so dramatically in such a relatively short amount of time that she wants to share what she’s learned about eating, exercising and “my whole LIFE transformation,” with others.

If you’re interested in hearing more of Becky’s story, she’s sharing her story, keys and tools May 20 at Blend, from 6-9 p.m.

“I felt hopeless for so many years. At the workshop, I’m going to openly tell my story. Hopefully, I’ll reach that person who needs reached. It’s going to be me telling my story and then Tom Holt will be there with his biometrics unit, which he can do private body composition readings on, all HIPPA-compliant. We’ll have a keto-friendly grazing board. I’m going to teach you . . . here are the components, the rules I follow, exercises. It’s all about balance. I’ll have handouts people can take with them. I have so many, I could hand out books! We’ll be starting a support group in August, but the workshop will be enough to get you going,” she said.

“Not everyone needs or desires what I’m doing, but if you have significant weight to lose, it will absolutely work for you. I think that’s what I want people to know because I failed so many times. I understand when I see people and they say, ‘I’ve tried it, it didn’t work.’ I want them to know it can work, I’m proof. This is possible,” Becky said.