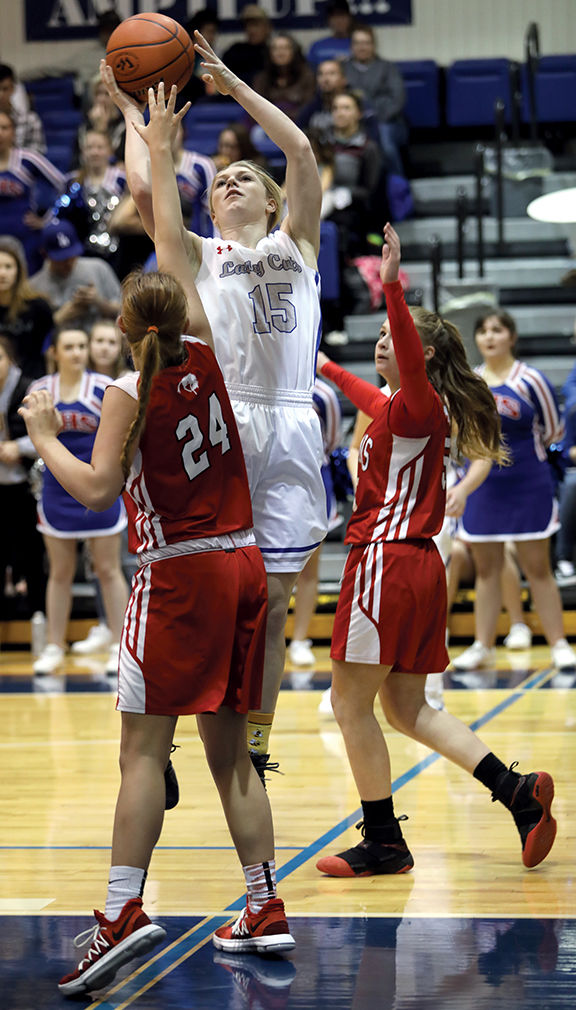 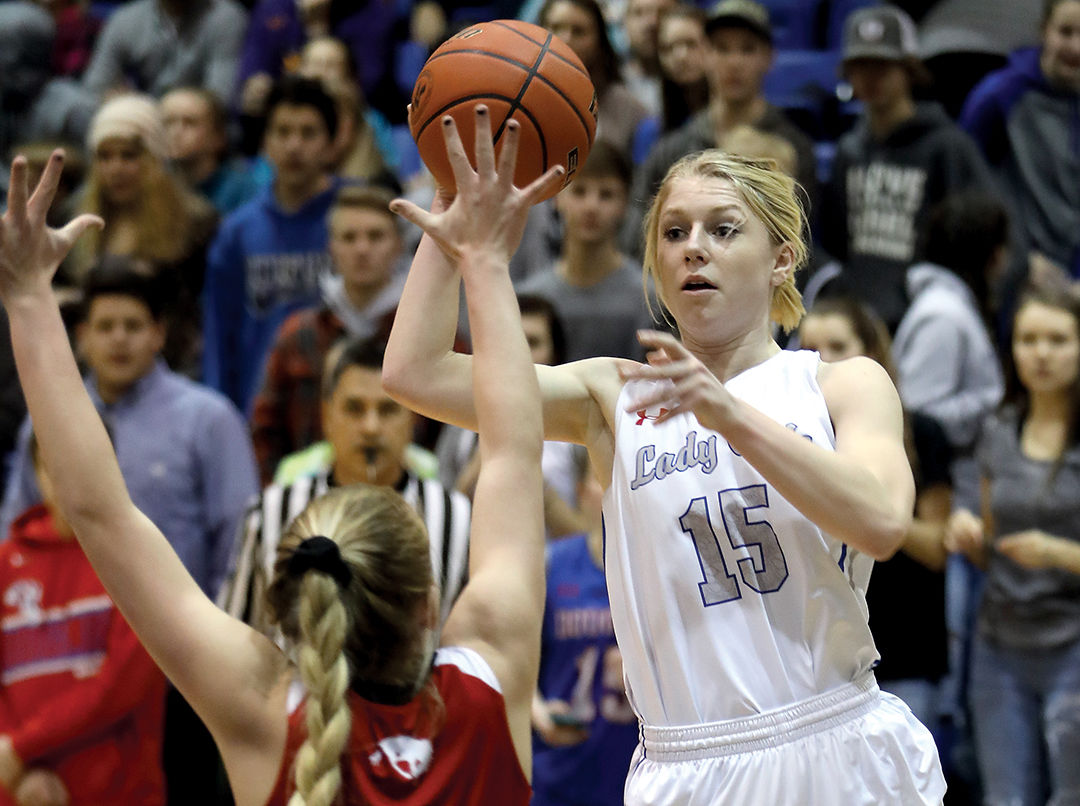 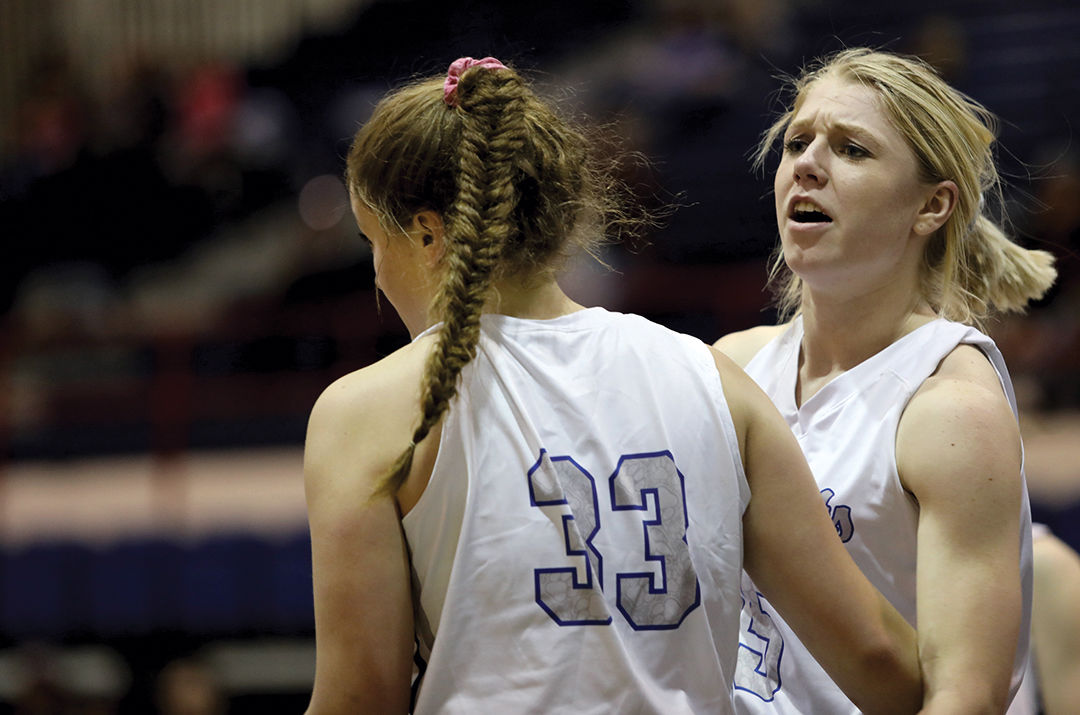 Most teams can’t wait for those cycles of senior heavy teams with lots of experience on the court. It’s often equated with a successful season. But the undefeated Lady Cats have only one senior this year, Madison Hoopman.

But she doesn’t see grade as a factor, despite being at the top of the class totem pole.

“Most people would expect it to be different,” Hoopman said Monday. “But it’s kind of the same because it feels like everyone is the same age and level. I don’t really think much about junior and senior, it just feels like it’s everyone’s senior year to me.”

Hoopman has the experience on the team, but the younger ladies have showed their prowess on the court is making up for how young the team is.

Despite the Bearcats domination of every team they’ve faced, the girls still understand that there is not victory without effort and they don’t take their opponents for granted.

“I think one of the biggest things that helps us stay grounded is our coaches and each other,” Hoopman said. “Every single day in practice we come in and are always pushing each other and telling each other that we have to get better, we have to get better. These games don’t truly matter, it’s the ones at the end of the season. A lot of teams will take that break after a lot of wins, and we don’t want to be that team this year.”

Those who follow high school sports have seen the team that goes undefeated all season to lose at regionals and not even make the cut for the state tournament. These ladies are doing everything in their power to avoid that fate.

“Twice during my career we didn’t make it to state and I know that feeling,” Hoopman said. “It’s bitter and it definitely sticks with you. So we are trying to push ourselves. The coaches have done a very good job telling us what we are doing right, but also telling us what we need to work on to make our game more clean.”

Hoopman is a dedicated three sport athlete, showing skill on the track as well as the volleyball court.

“I have a special place in my heart for basketball, volleyball and track. They have made me who I am over the past four years,” she said. “But volleyball is definitely my number one choice and that’s what I am going to continue doing.”

She will be playing for the Black Hills State volleyball team in the fall. But her summer is already full after graduation in May.

“I’m just going to spend time with my family and see them before I leave. I am going to get a job this summer for the first time ever,” she said with an enthusiastic laugh.

Between a job and family time she will take the court in the all-star game and volleyball camps at Black Hills State.

But for now she is focused entirely on finishing the stellar season in front of her.

“The biggest thing is that we support each other and are happy for one another. The thing that sets us apart is that we don’t have to have one person who has to have a good game for us to be a great team. We have someone different having a great game every week and that pulls us together and truly makes us a team,” she said after some thought.

The ladies had another superb week on the court beating Newcastle 68-30.

“I was really happy with how we played against Newcastle,” coach Cody Helenbolt said Monday. “With only one game in a week it’s hard to stay focused for five days of practice, especially coming off of two big wins and a long road trip last weekend. We really put an emphasis on competition in practice this week because without having as many close games, we are going to have to stay sharp by having competitive practices and pushing each other.”

Honing their skills each week looks to be paying off, especially after the Lady Dogies’ targeted their tactics against the Lady Cats.

“Newcastle was the first team that came out with a specific game plan to slow us down,” Helenbolt said. “Which was good for us. I thought the kids did a great job of adjusting to what they (Newcastle) were doing by continuing to get the ball inside and taking good outside shots. We played together well with 24 assists and took care of the ball with only 6 turnovers. Allyson Fertig led the way with 24 points, 13 rebounds and 5 blocks and Madison Hoopman had an awesome game with 10 points, 9 rebounds, 5 assists and 6 steals. Haedyn Rhoades and Emily Curtis were both steady and scored 11 and 12 points and Joslin Igo didn’t have a great game scoring, but played good defense and had 6 assists. We have talked a lot about finding ways to contribute even if you are not scoring, and I thought Joslin and some of the other players did a great job of that this week. Riley Seeds was out for this game and Kam Townsend, Britney Porter, Jaylynn Boe and Aubri Schuldies played good minutes for us off the bench.”

“This week we play at Torrington on Friday, which is another important quadrant game to determine regional seeding,” Helenbolt said. “I think that the girls have continued to work hard and stay humble because we focus on what we can control - taking care of the ball, playing tough defense, and just competing to the best of our ability. We also have such a deep team which helps us in practice and in games because if someone isn’t doing what we need we have no problem putting the next person in.”

The Lady Cats will be in Torrington Friday with a 5:30 p.m. tip-off.