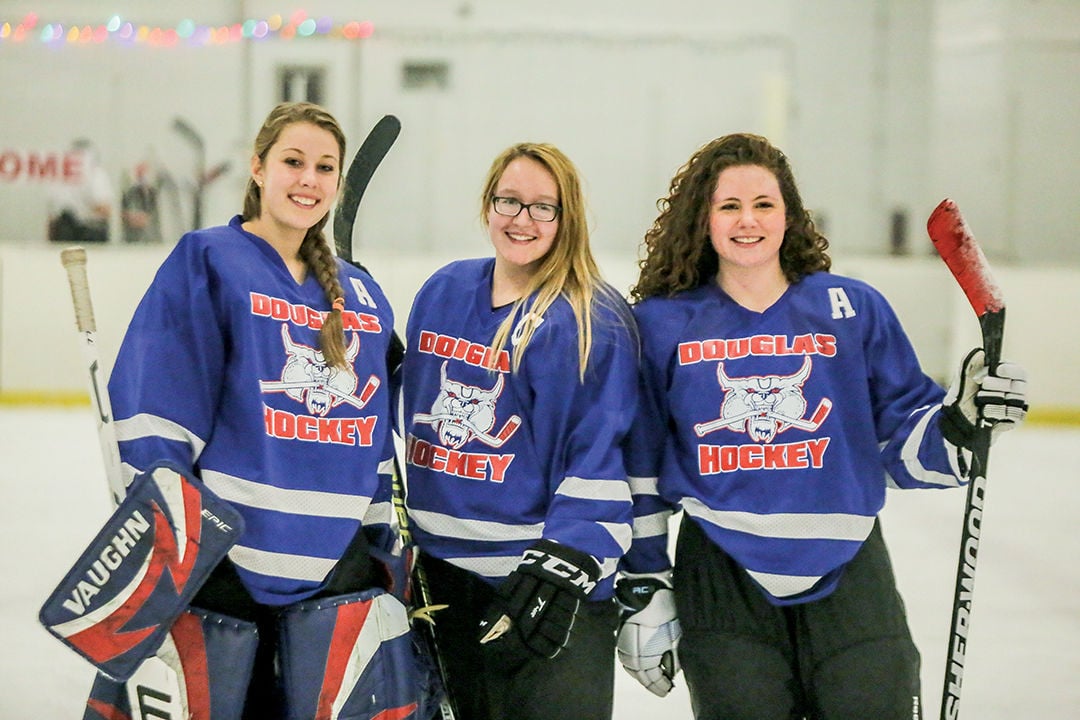 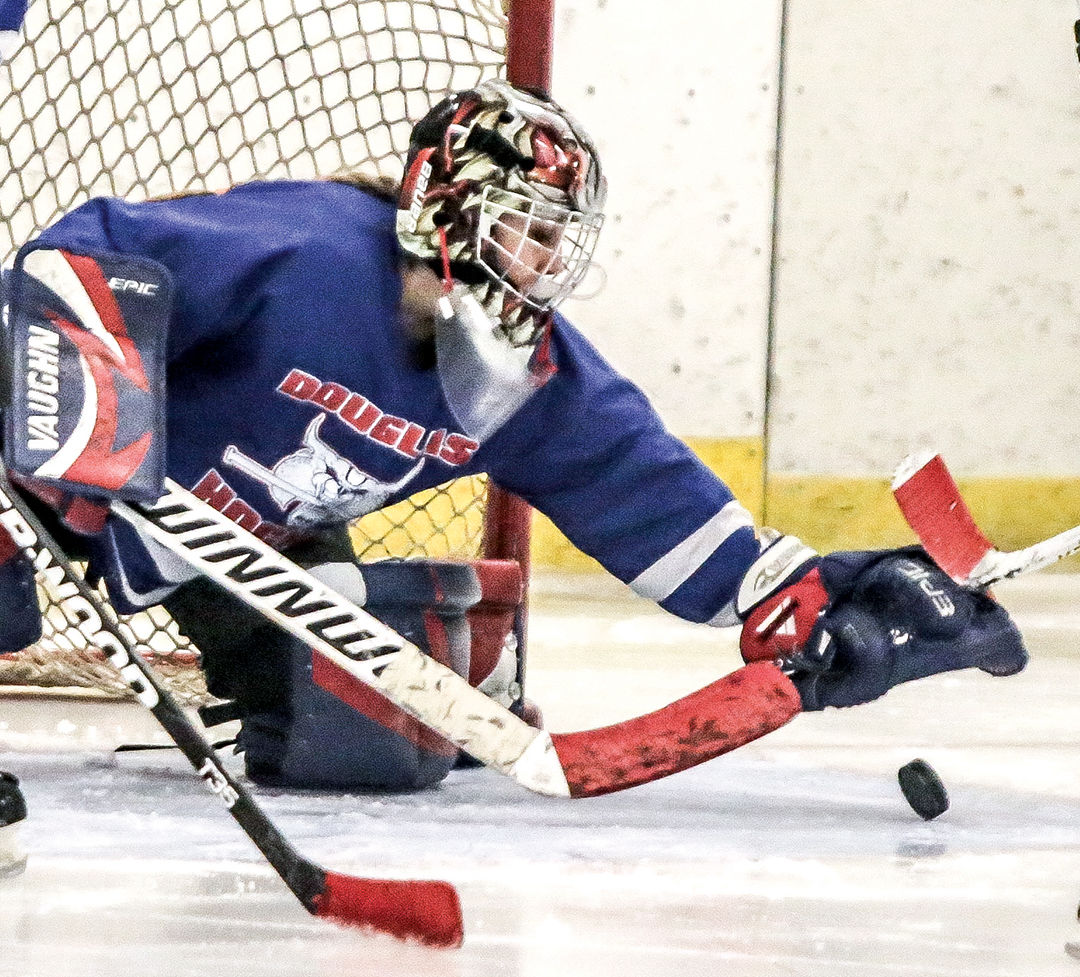 Halle Larsen doesn’t hesitate to put herself in front of the puck as goalie. 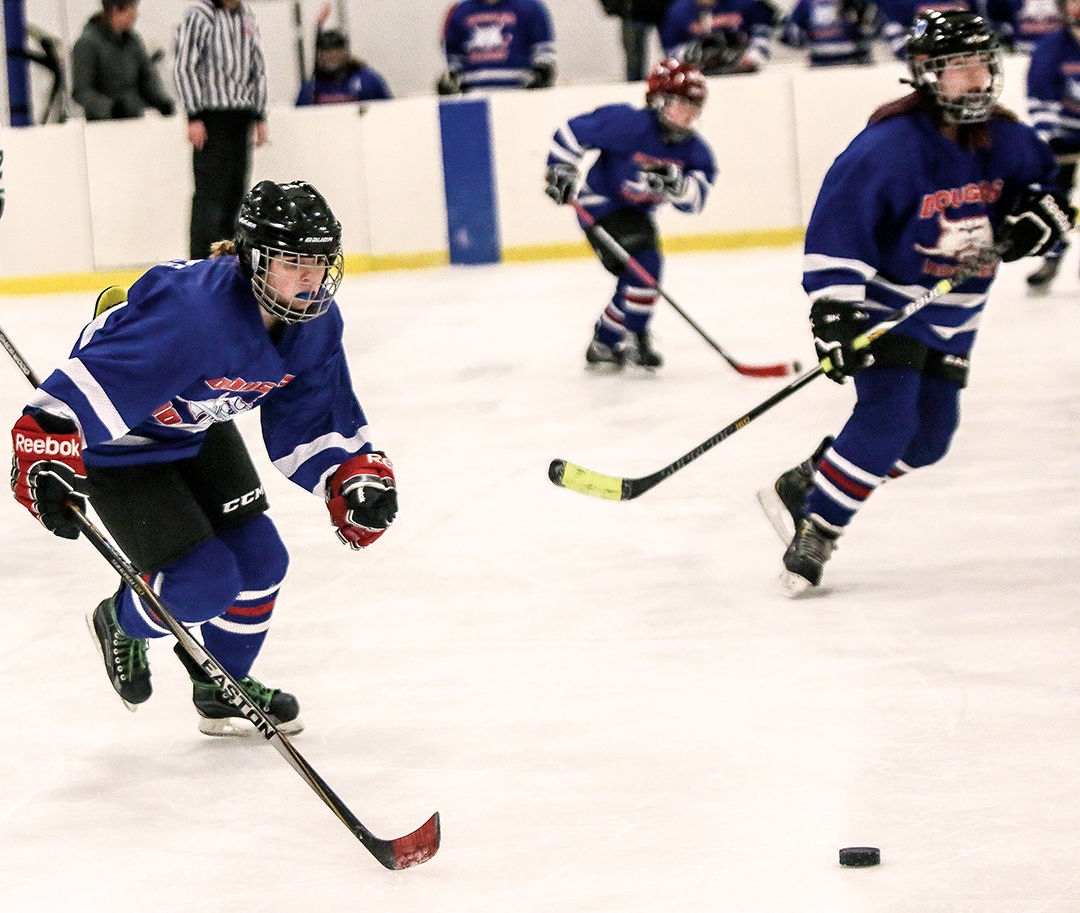 The Ice Cats girl team races across the ice against Laramie Saturday night in the final home game of the season.

Halle Larsen doesn’t hesitate to put herself in front of the puck as goalie.

The Ice Cats girl team races across the ice against Laramie Saturday night in the final home game of the season.

Hockey, that aggressive and graceful ballet of a battle on the ice, is known for it’s masculinity. But for the ladies on the Ice Cats girls team the sport brings a level of sisterhood one wouldn’t expect.

It takes a tough person get on the ice with a helmet and stick he said, but an even tougher girl.

“It takes one that is not afraid to get hit,” he said. “Skating is a tough thing to do and it takes a pretty tough girl to play it. Not one that is afraid of breaking a nail.”

But he doesn’t deny that there are some differences on the ice.

Senior Goalie Haile Larsen has found both friends and family in the sport.

“It’s a lot of bonding between all the teams,” Larsen said. “It’s a lot of fun being able to spend time with everyone from different age groups.”

Larsen came to Hockey to be around her family, but came to love the sport.

“Pretty much everyone in my family is really in to hockey and both my sisters have been playing since they were really little,” she said. “I used to play basketball and I wasn’t really around my family very much. I figured that if I joined hockey I would have a reason to be around my family more and hang out with a lot of my friends, cause a lot of them ended up joining hockey.”

After playing for several teams over the years she is hoping to find a college that has a girls hockey team.

Larsen says being a girl hockey player is a different experience than the boys, but she loves it all the same.

“I think it takes a lot more of a level head,” she said. “In boys hockey they end up getting angry a lot and can take it out by just hitting each other to get over it. With girls hockey you have to keep your head and stay calm, telling yourself that it’s just a game no matter if we win or lose.”

Saturday night Larsen and two of her senior teammates, Jacquelynne Holt and Claire Cobb, were honored at senior night before their last home game began.

This is only the second year since the Ice Cats girls’ team reformed. They didn’t have enough players for a team the previous four years.

They have learned quickly, Costers said, and have become the captains of the team.

Larsen however wouldn’t let the lack of a Douglas girls team in stop her and she took the ice for Cody’s girl team.

“Last year we got enough girls together to put a team together,” coach Costers said. “Larsen was the first to nominate herself and say I’ll be the goalie. We didn’t have one. That shows her determination and that she wants to be a leader and stepped up to be the goalie.”

Larsen’s determination and dedication to hockey will continue if she has her way.

“I would love to play hockey in college,” she said. “But I’m not completely sure what I want to do.”

She is looking to find a school that has the classes she wants as well as a girls hockey program.

Whether she takes the ice at the next level or not she has learned some valuable lessons from her time on the Ice Cats.

“I learned to brush things off,” she said. “Hockey is a high intensity sport. I’ve played on a lot of teams and we won a lot. With this team we haven’t won a single game yet, but we always end up leaving the ice with smiles on our faces.”

She will leave her sisters on the ice when this season ends but her heart will stay be with her younger teammates.

“Since this is our second year after four years of not having a team, we have a lot of first year skaters that have already built up a lot of courage carrying the puck and they all want to score as much as they possibly can. We all have a very strong drive for the game.”