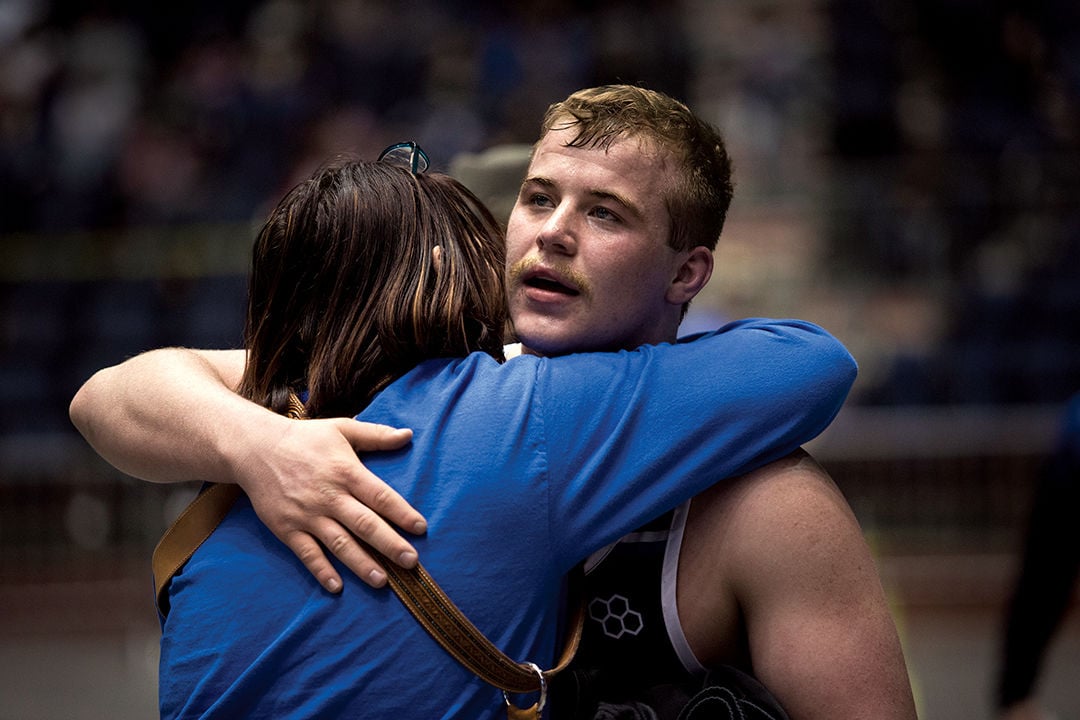 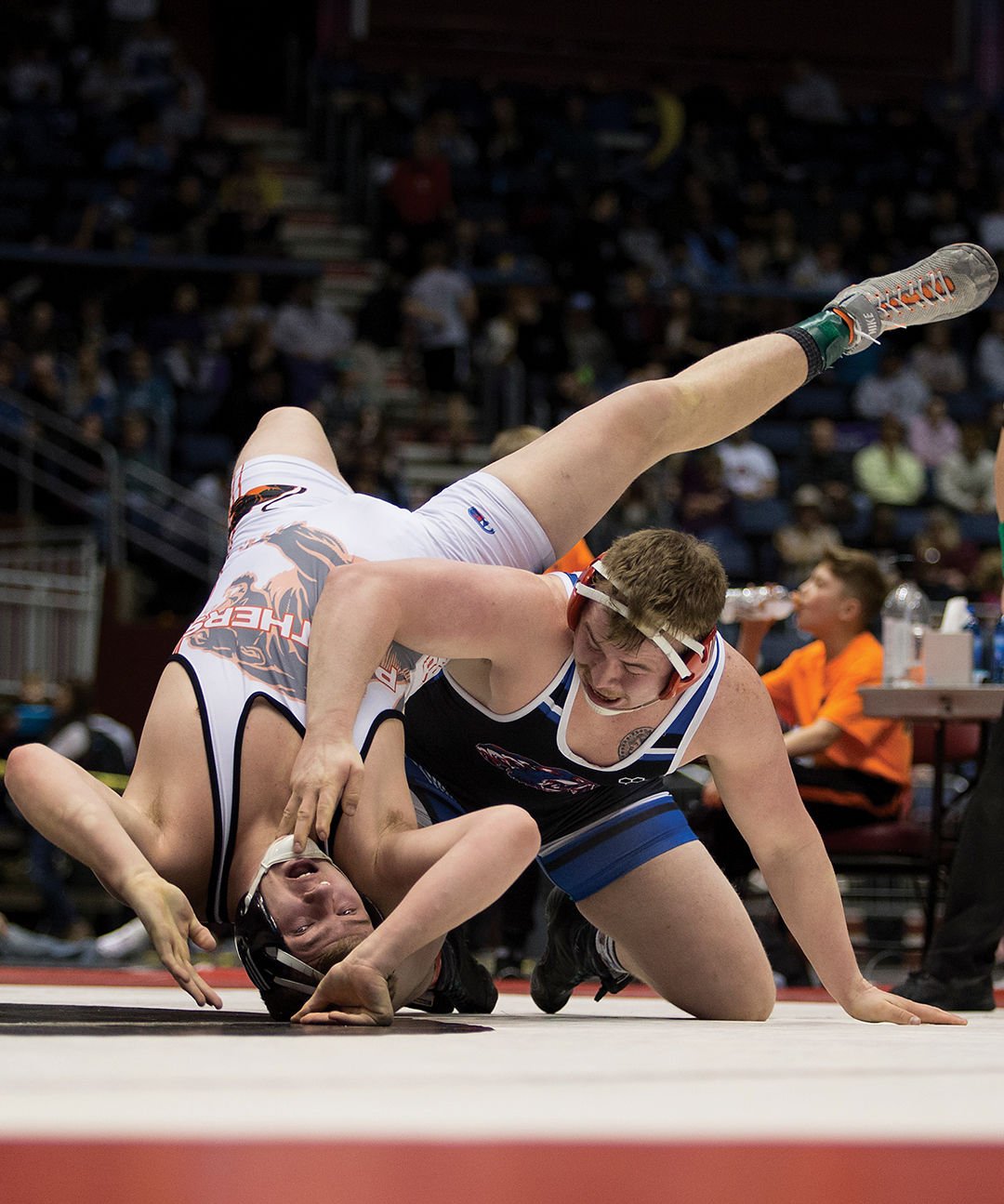 A humble and quiet Cody Pinkerton capped off the most dominant season – and one of the most storied careers in the history of Douglas High School sports – Saturday night in Casper.

Sure, there are others to whom you can compare his season, notably the Douglas Lady Cats basketball team these last three seasons, but it is impossible to argue against perfection. That’s what Pinkerton accomplished.

When he pinned Powell wrestler Carson Olsen Saturday, he finished a 55-0 season and became the back-to-back 3A Wyoming state champion at 220 pounds. He’s one of a very select few to win two state championships as a Bearcat, and that’s not even mentioning his freshman and sophomore years where he finished as runner up at 182 and 195 pounds.

As impressive as all of that is, the way he did it is the truly special part.

If you’ve watched him wrestle you see that he moves with a grace and fluidity that shouldn’t be possible at 220 pounds. That, combined with his skill, makes it a notable achievement for any opponent to even make it a minute into a match before getting pinned. Pinkerton wrestled nine matches between Ron Thon and the state tournament, the two most competitive events around, and pinned seven of his opponents. Four were at or before 30 seconds. One was under a minute. One was one minute and 14 seconds. And the other was in the state championship, during which Olsen lasted a miraculous five minutes and two seconds.

The other two wins were by an injury default and a 15-3 major decision.

Even among the returning and new state champions that competed in the state tournament, Pinkerton sticks out. He won a state championship, then improved on it in a way that very few can match.

NAU's game in Tucson a homecoming for local players

“I’m glad he’s going on to wrestle in college because he just lives for it,” Bath said. “He worked extremely hard to get where he’s at, and that was his goal. Even though he won state last year, he lost some matches, he didn’t win Ron Thon, and he wanted to win everything this year.

“He didn’t have anyone push him. There wasn’t a close match. He truly was dominant, and that came from all the extra effort and hard work put in on his part.”

If you watch him watch other people wrestle, which most people probably don’t, you see the focus with which he analyzes each match, and the true desire to see his teammates succeed. He is a humble kid,. When asked about himself, he doesn’t say much.

Right after his win with a camera and two microphones in his face, it was obvious he was excited. He still kept his answers short and sweet, not even a glimpse of the braggadocious energy you might expect from such an accomplished athlete (the only glimpse of that was his celebration, which was still on the humble side when compared to others). He didn’t truly open up until he was asked about his teammate and fellow champion Lane Ewing and the rest of the team’s strong performance.

He was appreciative to have achieved this for his teammates and his community.

“It feels awesome to set some records in the school and wrestle for the program that brought me up.”

Humble to the end.